giant cat in a suit

A few days ago Five came bumping her way into my bedroom swinging a sawed off broomstick in all directions—and walking with her eyes shut tight about half of the time. Of course I rushed to disarm her even before I asked what she was doing. Come to find out she was playing Robin Hood (Disney cartoon version where Robin fools the sheriff by impersonating a blind beggar).

As we discussed the movie (one of our favorites) it became apparent that she didn’t really get what Robin Hood had been up to with the stick and the dark glasses. I explained his scheme and how he was pretending to be blind, which brought up the question, “But what does ‘blind’ look like?” I told her to shut her eyes again. When she did I said, “That’s what it looks like to be blind.”

She then asked, “Well then how can you tell when you’re going to wreck into something?” I really didn’t know how to answer. This was the same question I had had a few moments earlier when I had been dodging the broomstick. 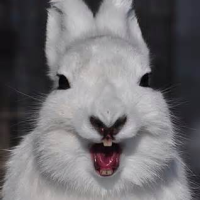